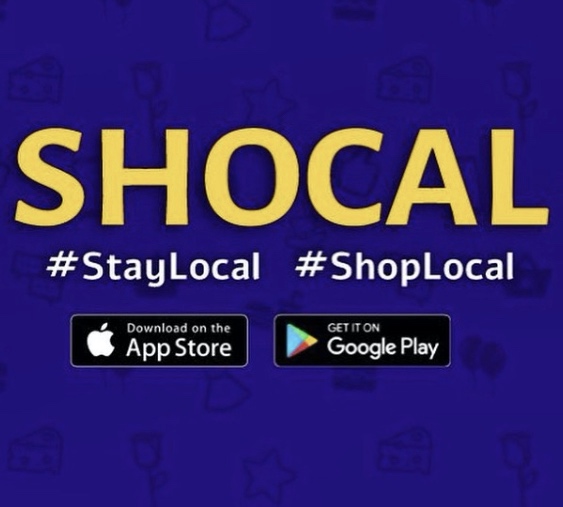 As the country navigates its way through unprecedented times caused by the current and escalating COVID-19 healthcare crisis, now more than ever small, independent businesses and retailers in Urmston’s town centre need your support.

SHOCAL, an App developed by three Urmston residents (Ashley Washington, Max Thorley and Lance Christian Knight) launched six months ago with the aim of encouraging residents to shop differently in Urmston, ultimately saving the high street and boosting the town centre’s economy.  It was instantly met with positivity with both independent businesses signing up and local residents making use.

The App allows people to shop in Urmston’s many independent stores, restaurants and cafes from the comfort of their own home.  People can order items from multiple shops in one transaction, before choosing a dedicated delivery time to suit them.  So you can buy some fish from What’s the Catch, cheese from The Cheese Court, beer from Craft Brewtique, plus gifts including flowers, candles and photo frames. Very much like Deliveroo, SHOCAL is super convenient.  More importantly, it champions small businesses – it only works with independent businesses and retailers.

At the heart of SHOCAL is the importance of shopping local.  With all restaurants, cafes, bars and coffee shops closed in Urmston for the foreseeable future, SHOCAL is, now more than ever, providing a lifeline to these independent businesses.  It is enabling them to continue trading during the current crisis, keeping many of these businesses afloat, as well as continuing to serve Urmston’s residents.

Having responded to the Government’s guidance, SHOCAL now leave deliveries on doorsteps and they offer NHS workers, over 70s and pregnant women free delivery.

When SHOCAL launched, the company promised to give back to the local community, donating a percentage of their profits.  A gesture that will be much needed in the coming months.

SHOCAL has already expanded into Streford, Flixton and Sale, added SHOCAL Artisan to the App, supporting home-based and pop-up businesses too and launched a website.  They are contacted regularly from across the globe from people wishing they had a SHOCAL service near them, making their future very exciting.

Find out more at www.shocal.org.

We use cookies on our website to give you the most relevant experience by remembering your preferences and repeat visits. By clicking “Accept All”, you consent to the use of ALL the cookies. However, you may visit "Cookie Settings" to provide a controlled consent. Read More
Cookie SettingsAccept All
Manage consent

This website uses cookies to improve your experience while you navigate through the website. Out of these, the cookies that are categorized as necessary are stored on your browser as they are essential for the working of basic functionalities of the website. We also use third-party cookies that help us analyze and understand how you use this website. These cookies will be stored in your browser only with your consent. You also have the option to opt-out of these cookies. But opting out of some of these cookies may affect your browsing experience.
Necessary Always Enabled
Necessary cookies are absolutely essential for the website to function properly. These cookies ensure basic functionalities and security features of the website, anonymously.
Functional
Functional cookies help to perform certain functionalities like sharing the content of the website on social media platforms, collect feedbacks, and other third-party features.
Performance
Performance cookies are used to understand and analyze the key performance indexes of the website which helps in delivering a better user experience for the visitors.
Analytics
Analytical cookies are used to understand how visitors interact with the website. These cookies help provide information on metrics the number of visitors, bounce rate, traffic source, etc.
Advertisement
Advertisement cookies are used to provide visitors with relevant ads and marketing campaigns. These cookies track visitors across websites and collect information to provide customized ads.
Others
Other uncategorized cookies are those that are being analyzed and have not been classified into a category as yet.
SAVE & ACCEPT
Powered by